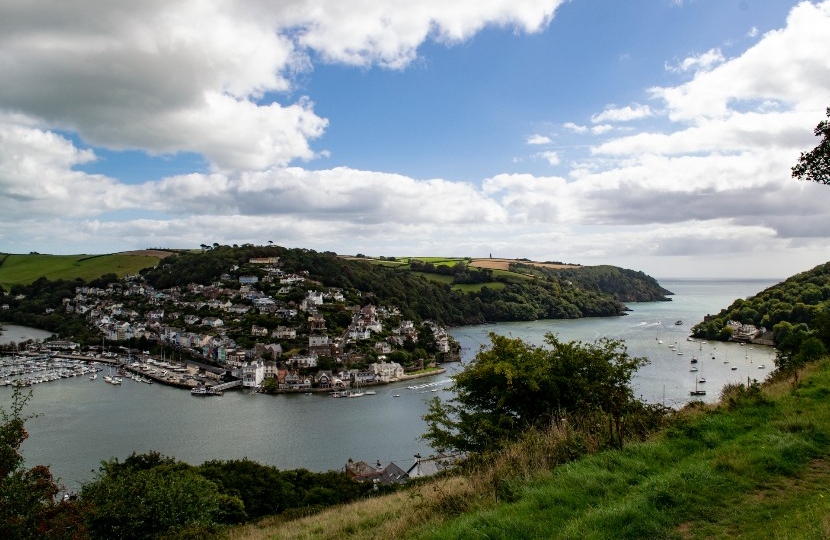 Anthony Mangnall MP (Totnes and South Devon) has welcomed the news that owners of second homes who abuse a tax loophole by claiming their often-empty properties are holiday lets will be forced to pay under tough new measures.  The changes announced by the Government will target people who take advantage of the system to avoid paying their fair share towards local services in popular destinations including South Devon.

Currently, owners of second homes in England can avoid paying council tax and access small business rates relief by simply declaring an intention to let the property out to holidaymakers. However, concerns have been raised that many never actually let their homes and leave them empty and are therefore unfairly benefiting from the tax break.

Mr Mangnall has spoken out many times about the need to close this loophole and worked with Cllr Judy Pearce, Leader of South Hams District Council, to submit a policy paper to the Chancellor and Secretary of State for Housing in March 2020. In that paper they called for eligibility criteria for business rates to include a minimum requirement of actual days let.

The level of lost tax receipts in South Devon is estimated to be around £1.2m per annum. Closing this loophole down will have a huge benefit on local services as well as helping to ensure that those who enjoy South Devon on a part-time basis will contribute to its upkeep and maintenance.

Following consultation, the government will now bring changes to the tax system, which will mean second homeowners must pay council tax if they are not genuine holiday lets.

Holiday let owners will have to provide evidence such as the website or brochure used to advertise the property, letting details and receipts.

“After two years of campaigning with Cllr Judy Pearce, Leader of South Hams District Council, it is welcome news that the Government has taken this step. South Devon has one of the highest concentrations of second homes in the country. This announced change will help stop people utilising an unforeseen loophole, while also ensuring that second home owners pay their fair share. Both the Chancellor and Michael Gove have listened carefully to our needs and I hope this will be the first step of many to help improve accommodation issues in the South West and beyond.”

“This closure of the business rates loophole is an excellent conclusion to the campaign Anthony Mangnall MP and I have run.  It is important for local community cohesion, as second home owners should be paying into the local community through council tax unless they are genuinely running a letting business. Services such as highways and emergency services, which may equally be needed by second home owners or holiday makers, will benefit, as will the general income of the District and County Councils.  We welcome all visitors, but hard-pressed local residents should not have to subsidise services provided from council tax for them.”

“The government backs small businesses, including responsible short-term letting, which attracts tourists and brings significant investment to local communities. However, we will not stand by and allow people in privileged positions to abuse the system by unfairly claiming tax relief and leaving local people counting the cost. The action we are taking will create a fairer system, ensuring that second homeowners are contributing their share to the local services they benefit from.”

“Establishing these new operational thresholds for self-catering businesses is welcomed by the tourism industry as it makes a very important distinction between commercial self-catering businesses that provide revenue and employment for local communities and holiday homes which lie vacant for most of the year. It is recognition that tourism is the lifeblood of many small towns and villages, maintaining the viability of local shops, pubs and attractions.”

The move will protect genuine small holiday letting businesses across the country and will support local economies by encouraging tourism and by ensuring second homeowners pay a fair contribution towards public services.

Around 65,000 holiday lets in England are liable for business rates of which around 97% have rateable values of up to £12,000. Currently there is no requirement for evidence to be produced that a property has actually been commercially let out.