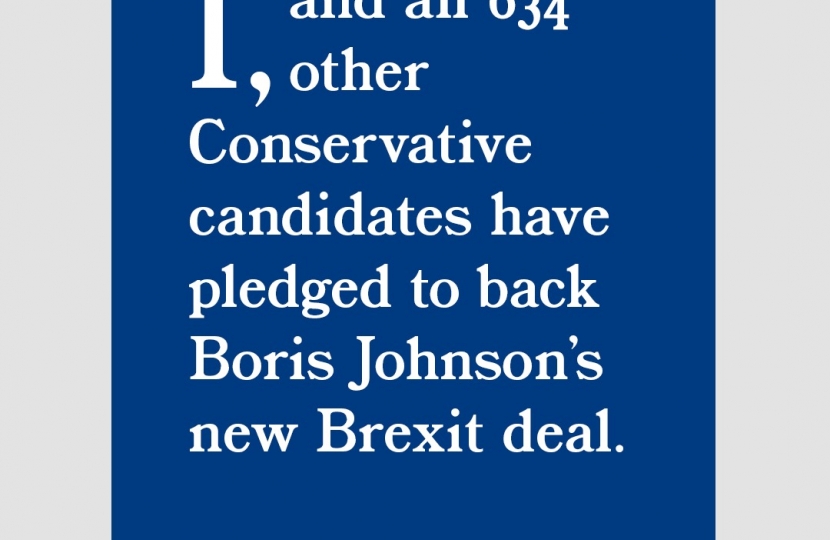 Conservative Party Candidate for Totnes, Anthony Mangnall, has joined with every Conservative candidate and pledged to back the Prime Minister's new Brexit Deal if elected.

After the deadlock and delay caused by opposition parties in Westminster todays pledge shows that every Conservative parliamentary candidate has committed to backing the Prime Minister's deal. This demonstrates that the Conservative party is committed to delivering Brexit and honouring the result of the 2016 referendum.

Anthony said, "as a Brexiteer this deal offers us the best way to leave the EU. I am standing to be Totnes' MP because I want to deliver what residents here voted for in 2016 and to ensure that we leave the EU. For too long we have been blocked by a parliament that has failed to listen to the people and it is time to change that."

Since the end of July Anthony has been knocking on the door six days a week to ensure that his message is loud and clear as he tries to rebuild people's faith in politicians and the political system.