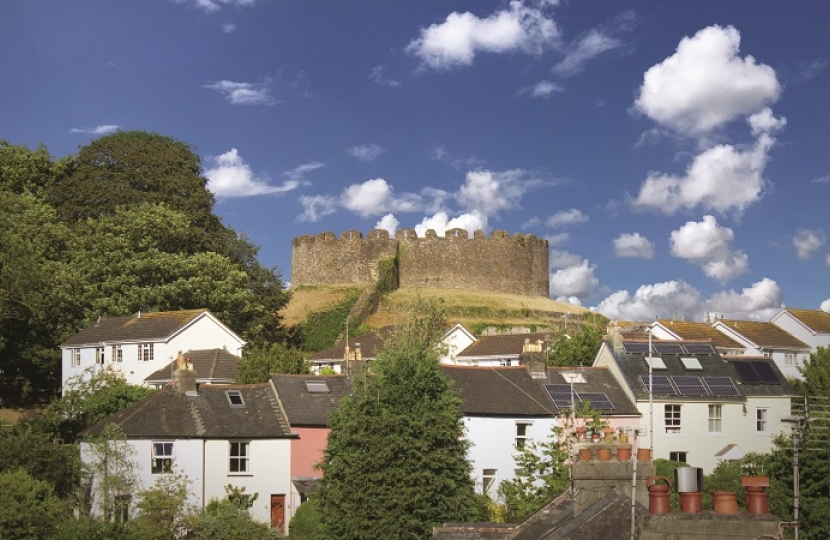 Building new homes is always a contentious issue. From the ‘build absolutely nothing anywhere near anything’ (BANANA) brigade to the ‘not in my backyard’ (NIMBY) groups, it is a fair bet to expect that any new development will be accompanied by its fair share of objections.

But objections notwithstanding, we are acutely aware of the need for more homes and to create a new generation of homeowners. So, it is welcome that a Planning Bill will be brought forward towards the end of the year. However, delivering such reforms is a political minefield. Finding the right balance between where to develop or not, in the right style and ensuring affordability, are all legitimate concerns and ones that I hope to be able to address ahead of the bill being written and debated in parliament.

To ensure we get a bill that is worthy of South Devon, I hope we will see a piece of legislation that finds that equilibrium, while also delivering a raft of other measures that will create an environment of calm rather than fear when the dreaded ‘p-word’ is mentioned. To do so, we might consider the following points.

First, by maintaining a strong and enshrined community voice in the planning process. For many years the Conservative Party has proudly promoted Neighbourhood Plans. These community designed plans have seen neighbourhoods come together and identify what levels of development should take place in their area. Far from ruling out developments, sensible proposals have been brought forward that reflect the lay of the land, the infrastructure and the jobs market, and all with community support. Community cooperation, a prime example of localism, must be enshrined in the Planning Bill.

Second, where brownfield sites (formerly developed areas) are available, they must take priority over greenfield sites. It is no good eating up our green and pleasant land while unused, previously developed land sits idle. It requires more than just incentivisation to developers, but a law that places brownfield sites first. This would force the hand of developers to help regenerate our towns and high streets in a manner that meets with public approval.

Third, where developments are approved there must be due consideration towards the levels of infrastructure available. It is no good to propose new houses when the infrastructure is not already in place. An infrastructure first policy would mean that transport links, waterways and electricity capacity would all have to be in place long before the development of a site even begins.

Fourth, developers must be held to account. From the standards of the buildings they build to ensuring that all the necessary planning consents are in place before construction begins. Developers hold huge power over local areas and while they are part of the answer to our housing shortage, they should no longer be able to bully and ignore the views of residents and councils.

Fifth, the catastrophic rollout of the Green Homes Grant while frustrating, also showed that the policy was the right one. Relaunching the scheme with a more competent managing organisation will help to retrofit our existing properties, but also encourage newbuilds to be clean, green and safe for the environment.

Sixth, the issue of second homes must be addressed. With all but no rental market and property prices astronomical, we must address this matter before our towns and villages become ghost towns and only flurry with activity during tourism season.

Over the coming months, I will be consulting with different community groups as well as town and parish councils on the planning reforms. As I move about South Devon, I hope you will let me know your thoughts on how we can shape the forthcoming proposals to a position that respects our landscape and housing demand.