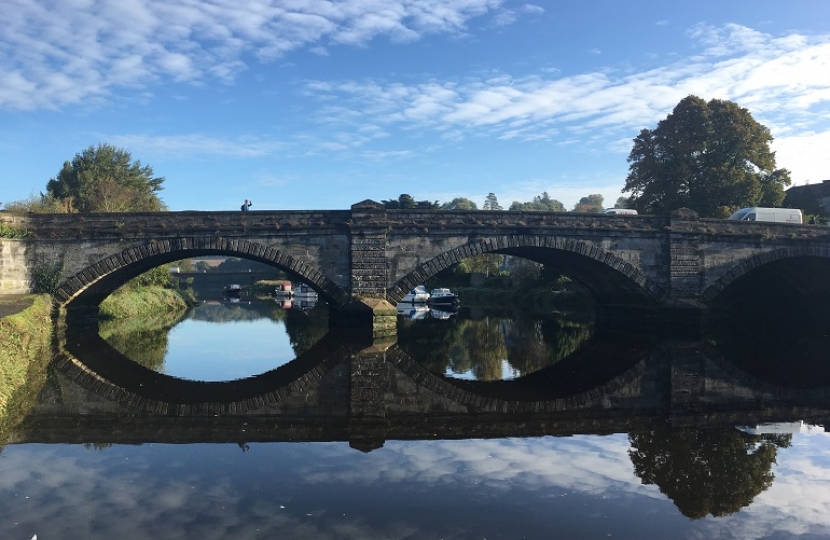 A common theme throughout my articles for both this newspaper and others has been that of infrastructure. Both digital and transport infrastructure are key to unlocking the South West’s potential and to helping encourage greater levels of opportunity and investment.

Last week’s announcement that the A303 tunnel by Stonehenge will proceed is a welcome relief. After many months of back and forth between South West colleagues and the Secretary for Transport we at last have the go ahead for a major infrastructure project that will end the pinch point congestion that we are all too familiar with each and every weekend. Improving this link does not just impact the surrounding Wiltshire economy but the whole of the South West. It will no longer be a fantasy to imagine that Brixham fish will reach dinner tables across the country at greater speeds and Paignton photonic technology will have even greater domestic recognition.

However, roads are only one part of the puzzle. It was therefore disappointing to receive a letter from Torbay Authority arguing that Kevin Foster and I should not have submitted a bid to reopen Churston and Goodrington railway stations. Torbay Authority’s reasoning being that they had neither the time nor resources to be able to focus on such a proposal. Unfortunately, their position is not only out of tune with what local residents desire but fails to recognise that the Government is offering the support and resources to reopen these railway stations.

Our integrated lifesaving coastal network is a finely tuned machine relying heavily on the work of volunteers. I recently took the opportunity to hold a Westminster Hall debate on the incredible work done by the RNLI and independent lifeboat crews across the whole of the UK. The staggering number of lives saved each year is proof enough of their fantastic work.

But it is also important to recognise the work of the National Coastwatch Institution (NCI) who use 2,500 volunteers and have fifty-seven stations across the UK. Their stations ensure that the coastline is watched 365 days of the year.

Like so many donation-dependent charities, they have suffered due to the lack of fundraising events yet their work is essential to maintaining a vigilant watch at sea and across our coastline. Over the coming months, MPs from across parties will be working with the NCI and lifeboat crews to raise awareness and support for these vital frontline services.

The first week of November was UK Parliament week. In years past, the Palace of Westminster has come alive with visitors from all over the UK looking to learn more about how it all works. Sadly, this year we have been relegated to virtual meetings and online tours.

However, I was able to join the Marldon Brownies and Scouts to discuss my work in Westminster on behalf of residents of South Devon and to also invite both groups to visit when we are able to do so.

It was unsurprising to note that the questions from both Brownies and Scouts were of a high quality that makes me suspect we have a number of future leaders within our midst.