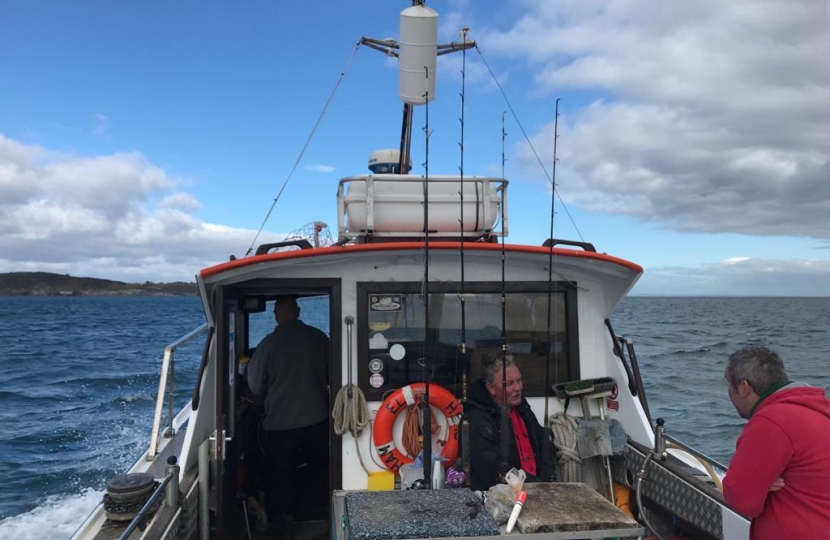 "The rise of the ‘staycation’ saw the South West inundated with visitors over the summer. Brixham, Paignton and Torbay saw record numbers of tourists and mercifully this allowed many of our businesses to recoup their losses from the lockdown. The coming winter for many will be slightly more bearable as a result.

But such a dramatic increase in domestic tourism put a huge strain on our emergency services. Each one responded to the situation, as they so often do, by quietly and effectively getting on with the job.

The RNLI and independent lifeboat stations are one of a few emergency services that are completely non-taxpayer funded. Their existence is maintained by the generosity of members of the public through donations and legacies. Since the creation of the RNLI in 1824, they have saved over 143,000 lives and their coastal coverage means that no corner of the UK is overlooked.

So, to be able to debate the work of independent lifeboats and the RNLI last week in Westminster was an honour and a privilege. Members of Parliament from all sides came together to reflect on the work of volunteers across the country who dedicate large parts of their lives to being on call 24/7, 365 days of the year. But like so many, Covid-19 has had an adverse impact on this front-line service.

This year alone lifeboats have been called out an average of sixteen times day, the demand increasing while resources dwindle. But this debate identified the right steps that we can take. First, the government must enhance its communication with the lifeboat services. Second, the need for an ‘Independent Lifeboat Association’ (ILA) will see all independent lifeboat crews are given the support and representation to maintain their future. Third, the government should extend the rescue boat grant scheme. This five year, five-million-pound scheme was a lifeline for many small independent lifeboat crews across the country, its extension would help mitigate the lack of fundraising events held this year and be a fund for lifeboat stations to recoup their costs from expensive PPE.

As a coastal community, we are all aware of the power of the sea, which makes us all the more awestruck by those who brave the harshest of elements to save others.

Continuing my sea-based focus, I took the opportunity to head out to sea with the crew of Kellys Hero, a charter fishing boat based out of Brixham. While each member of the crew cast out and caught fish by the dozen, I sadly had less luck!

But I was able to learn more about the sea angling community and how the Government might be able to support this sizeable and ever-growing community. From introducing improved data collection that provides accurate catch and participation information, to enhancing the protection of fish habitats and finding the balance between commercial and leisure fishing businesses. There is a great deal to be done.

Balance is key and with the opportunity for the UK to grow its fishing fleet we should not lose sight of those businesses that are less visible.

Lastly, digital connectivity remains high on the agenda. Devon MPs are routinely meeting to discuss how we can connect those hard to reach areas. As more people move to the South West the need for internet speed is even more necessary.

Connecting Devon and Somerset (CDS) are working on the next tranche of contracts and with a carrot and stick approach we are pushing them to increase their fibre roll-out programmes and connect every house and business in South Devon.

Digital connectivity is no longer a luxury but a core part of our infrastructure and if the South West wishes to attract new investment and create opportunities then it must ramp up its roll out across the Bay."