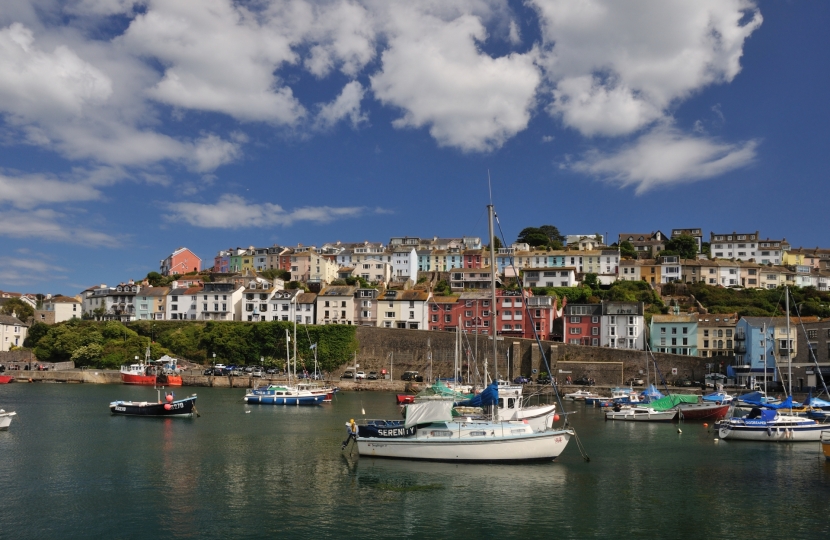 Wanting the best for the area in which you live and work should be a remarkably uncontentious issue. We broadly want the same things. We wish to see our businesses flourish, our high streets busy, our schools highly rated and our transport networks efficient.

In recent months it has been particularly welcome to see Paignton awarded £13.36m from the Future High Streets Fund as well as Brixham soon being able to claim its share of the £100m Fisheries Fund. On top of which Torbay and South Hams have been awarded £121k and £77k respectively to help reopen our shops and high streets. All of which will help our businesses, regenerate our high streets and harbours, and help to welcome visitors and residents alike post-pandemic.

Kevin Foster and I have both taken the approach to put forward South Hams and Torbay for every available fund. Under the belief that if you don’t ask, you don’t get. Such an approach, while time-consuming, means Government Ministers and Departments know we are fighting on behalf of our respective constituencies, but also for South Devon and the South West in general.

Such an approach has not always been the case, but by working in tandem we are making progress. However, it has been disappointing in recent weeks to see the Liberal Democrat\Independent Coalition running Torbay Council take against such an approach.

Recently we have seen the Liberal Democrat Leader of Torbay Council, write to the Fishing Minister to complain about the size of the £100m Fisheries Fund. This fund, which is due to open shortly, looks to offer fishing communities the chance to enhance their infrastructure, help the processing sector and help fishing businesses buy new boats. Sending a complaint ahead of the submission processes hardly gives the right message to those who are soon to be evaluating our bids to increase Brixham Harbour and expand the fish market.

Brixham is all too often treated as the poor cousin by Torbay Council. Is it any wonder residents feel this way when Torbay Council seems determined to spoil our chances.

Sadly, this is not an isolated case. Just last week the Lib Dems wrote to the Secretary of State for Transport to complain about Kevin Foster and me submitting a bid for funding to explore the potential viability to reopen Churston and Goodrington Stations. Misquoting a letter from the Heritage Railway saying it was a ‘nonstarter’, Steve Darling failed to make it clear this submission was just to encourage a feasibility study. In other words, a feasibility study into whether reopening these stations would even be possible at all. No threat to the Heritage Railway (as I have written in previous editions) or to our tourist attractions but merely a study into our public transport infrastructure network in South Devon.

At this point, it is probably worth us questioning who the Lib Dem\Independent Coalition from Torbay Council is for? They rail against opportunities for the fishermen, they are actively trying to prevent us from exploring how transportation can be improved across the Bay. I have long since believed once elected you only need to be political at election time. My job on the Backbenches of the House of Commons is to fight for the area in which I live, I am only sorry to see the Lib Dem\Independent Coalition has decided it is more important to start a fight amongst ourselves than join one for our area.