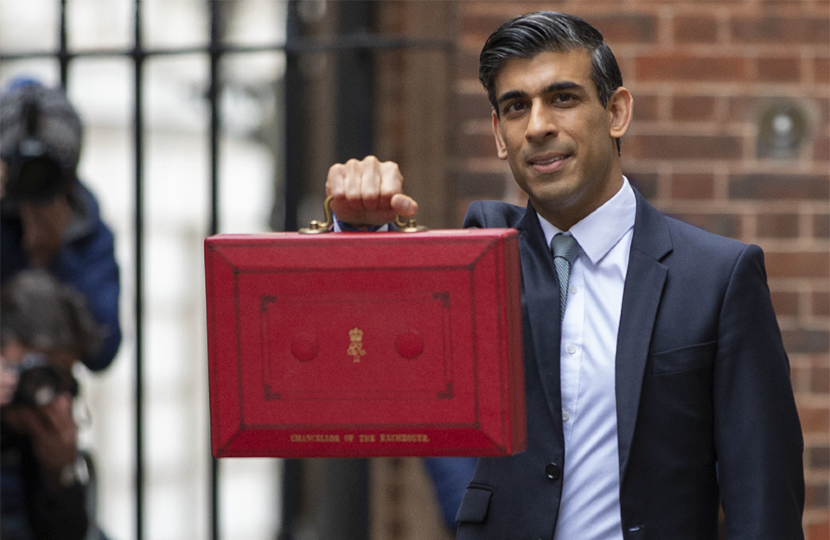 Last week’s budget from the Chancellor highlights the huge amount of work that needs to be done to recover from Covid. Rishi Sunak set out an ambitious task to level up, to create jobs and opportunities across the country. In doing so he produced a budget focussed on research and development, skills and training, making work pay and essentially decentralising jobs from our city centres.

The man who said he would do ‘whatever it takes’ clearly still means it. The increase in the national living wage by 6.6% and a reduction in the Universal Credit tapering rate from 63 to 55% will make a huge difference in helping people back into work.

There was, however, a minor setback in seeing that Brixham was not successful in its submission to the Levelling Up Fund. This bid would have offered further support to our fish market and our high-tech businesses. While disappointing, this is by no means the end of the road. Only £1.7bn of the £4.8bn has been allocated and feedback on each bid will be returned in due course. Meetings are underway to resubmit our bid, taking on board the comments from officials to make a stronger case for Brixham and the surrounding area.

Brixham’s opportunities are significant and if we wish to grow our high-tech businesses as well as support traditional industries such as our fishing sector, then this port development must proceed. Resubmission to the Levelling Up Fund will be in March 2022.

Two things that you never really want to see made are sausages and laws. In the case of the latter, it is lengthy, nuanced, volatile and constantly amended. This was certainly the case with the Environment Bill, which is currently still progressing through the Houses of Parliament.

No MP supports the pouring of sewage into our seas or waterways. For the first time in our nation’s history, we are introducing comprehensive legislation to tackle the issue of storm overflows and sewage leaks. But reading some of the blogs and articles published, you might well believe otherwise.

The problem began with an amendment by the Duke of Wellington; while initially appearing sensible, it was apparent that if passed it could place billions of pounds of repairs on the taxpayer. Instead, the Government listened and looked at how the Bill could be strengthened.

As a result, the Environment Bill has been strengthened not because of a poorly worded amendment, but because those of us who supported Philip Dunne’s initial workaround to clean our coast and waterways lobbied the government to go further. Now there are six pages of provisions that set out how we are to tackle sewage in our waterways, and above all the water companies will be held to account without the consumer bearing the costs.

South Devon’s coastline is exceptional and precious, and it is right that people feel strongly about this matter. But the process of passing laws means that it is better to judge a bill at its third and final reading rather than amid the debates.

We now have an environment bill that goes further than any other piece of legislation passed within the last seventy years. This will make the difference and it is a landmark piece of law.