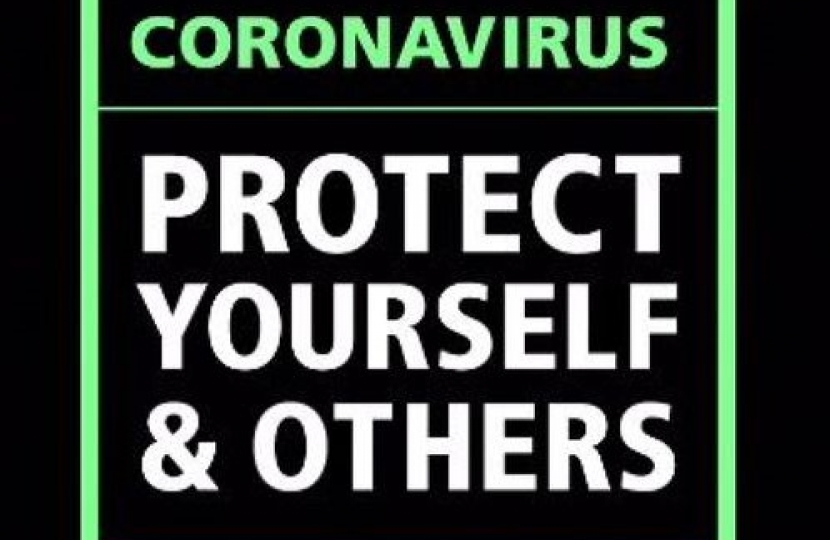 Please see below for the Prime Minister's latest statement on Coronavirus:

Good afternoon everybody, thank you very much for coming. I wanted to bring everyone up to date with the national fight back against the new coronavirus and the decisions that we’ve just taken in COBR for the whole of the UK.

As we said last week, our objective is to delay and flatten the peak of the epidemic by bringing forward the right measures at the right time, so that we minimise suffering and save lives. And everything we do is based scrupulously on the best scientific advice.

Last week we asked everyone to stay at home if you had one of two key symptoms: a high temperature or a new and continuous cough.

Today, we need to go further, because according to SAGE [the Scientific Advisory Group for Emergencies] it looks as though we’re now approaching the fast growth part of the upward curve.

And without drastic action, cases could double every 5 or 6 days.

So, first, we need to ask you to ensure that if you or anyone in your household has one of those two symptoms, then you should stay at home for fourteen days.

That means that if possible you should not go out even to buy food or essentials, other than for exercise, and in that case at a safe distance from others. If necessary, you should ask for help from others for your daily necessities. And if that is not possible, then you should do what you can to limit your social contact when you leave the house to get supplies.

And even if you don’t have symptoms and if no one in your household has symptoms, there is more that we need you to do now.

So, second, now is the time for everyone to stop non-essential contact with others and to stop all unnecessary travel.

We need people to start working from home where they possibly can. And you should avoid pubs, clubs, theatres and other such social venues.

It goes without saying, we should all only use the NHS when we really need to. And please go online rather than ringing NHS 111.

Now, this advice about avoiding all unnecessary social contact, is particularly important for people over 70, for pregnant women and for those with some health conditions.

And if you ask, why are we doing this now, why now, why not earlier, or later? Why bring in this very draconian measure?

The answer is that we are asking people to do something that is difficult and disruptive of their lives.

And as we take these steps we should be focusing on the most vulnerable.

So third, in a few days’ time – by this coming weekend – it will be necessary to go further and to ensure that those with the most serious health conditions are largely shielded from social contact for around 12 weeks.

And again the reason for doing this in the next few days, rather than earlier or later, is that this is going to be very disruptive for people who have such conditions, and difficult for them, but, I believe, it’s now necessary.

And it’s now clear that the peak of the epidemic is coming faster in some parts of the country than in others.

And it looks as though London is now a few weeks ahead.

So, to relieve the pressure on the London health system and to slow the spread in London, it’s important that Londoners now pay special attention to what we are saying about avoiding non-essential contact, and to take particularly seriously the advice about working from home, and avoiding confined spaces such as pubs and restaurants.

Lastly, it remains true as we have said in the last few weeks that risks of transmission of the disease at mass gatherings such as sporting events are relatively low.

But obviously, logically as we advise against unnecessary social contact of all kinds, it is right that we should extend this advice to mass gatherings as well.

And so we’ve also got to ensure that we have the critical workers we need, that might otherwise be deployed at those gatherings, to deal with this emergency.

So from tomorrow, we will no longer be supporting mass gatherings with emergency workers in the way that we normally do. So mass gatherings, we are now moving emphatically away from.

And I know that many people – including millions of fit and active people over 70 – may feel, listening to what I have just said, that there is something excessive about these measures.

But I have to say, I believe that they are overwhelmingly worth it to slow the spread of the disease, to reduce the peak, to save life, minimise suffering and to give our NHS the chance to cope.

Over the last few days, I have been comparing notes and talking to leaders around the world and I can tell you that the UK is now leading a growing global campaign amongst all our friends and allies, whether in the G7, the G20, the UN, the IMF – all those bodies in which we play a significant role.

We’re leading a campaign to fight back against this disease.

To keep the economy growing, to make sure that humanity has access to the drugs and the treatments that we all need, and the UK is also at the front of the effort to back business, to back our economy, to make sure that we get through it.

But I can tell you that across this country, people and businesses in my experience are responding with amazing energy and creativity to the challenge that we face, and I want to thank everybody for the part that you are playing and are going to play.