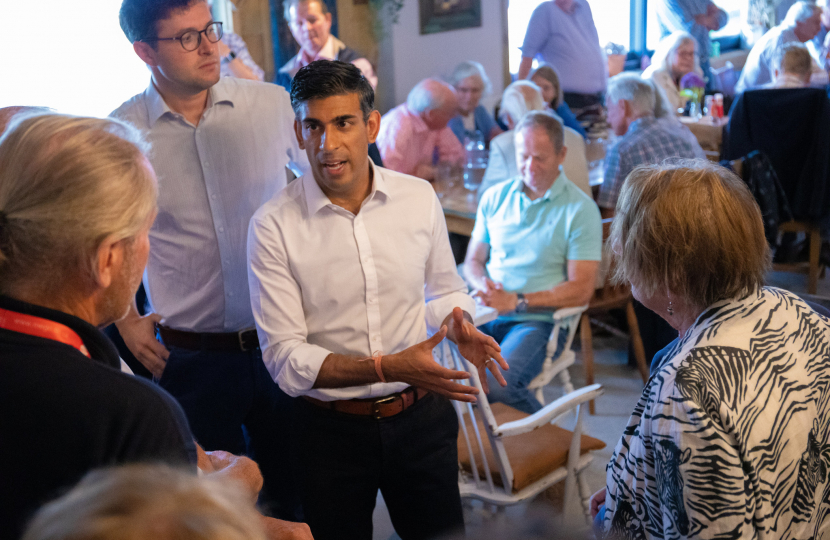 It was perhaps foolish to envisage that this summer might be quieter, at least politically speaking. With the throws of the leadership campaign underway, there is no shortage of announcements to scrutinise, hustings to attend and members to persuade.

While it might seem messy to the outside world, it has been a remarkable contest in which a wide variety of candidates have come forward from every wing of the Conservative Party to put themselves forward as the next leader and Prime Minister.

It has been scrappy, public and often painful to watch, but amongst it all, there have been mountains of ideas, policies and innovations for how we deal with Covid debt, encourage growth and productivity, develop our schools and education programmes, support the NHS and deliver more police officers. These discussions, regardless of whether in agreement, are encouraging a national debate about what needs to be done to address some of the most systemic challenges of our time.

Now with the final two candidates touring the country, it is time for the Conservative Party membership to make their decision. They have a great deal to think about and while it is their decision, I think it only right and fair that I detail why I am supporting Rishi Sunak to be the next Prime Minister.

The impact of the pandemic has blown many of the best-laid plans off course. This unforeseen global crisis required a war-like response and a significant offering from the Treasury. Under Rishi’s tenure, the UK Government offered one of the most generous packages of support in the world. As a result, eleven million livelihoods were supported, hundreds of thousands of businesses were kept afloat and the economy was held from faltering. Concepts such as “furlough”, “Kickstarter”, and “CBILs” were not reproductions of old policies but new ideas formulated by Rishi. It was his innovation, creativity and ability that helped those in need during those difficult times.

His response to the pandemic was remarkable, but his firm grip on the economy and his determination to pay down the national debt and wrestle inflation under control is equally worthy of high praise. It may not be popular to say that there are tough times ahead and that there can be no room for immediate tax breaks, but in doing so Rishi is demonstrating the strengths and qualities we need in our leaders. A leader who will tell us the truth and who can solve our economic woes, not through profligacy but through economic responsibility and probity, is worthy of our support.

Trust in politics and politicians feels like it is at an all-time low. Whoever wins this contest will have to begin immediately by working to restore the public’s faith in politics. It can be done by both contenders, but I believe that Rishi would be the most successful in helping to create a new style and environment of politics that shows the hard work and dedication of public servants across the country. He can bridge the gap of mistrust and help to reduce apathy.

Politics has the reputation of being a brutal arena. While this can certainly be the case, there are also so many positives that are hard to convey in written or televised form. But in the two and a half years since I was elected, I have seen first-hand the brilliance of Rishi Sunak and the qualities that he would bring to the Office of the Prime Minister. His intelligence, hard work, dedication and ability to listen and learn will help to deliver across the UK and the world.

As a student of history, I am reminded of the slogan that was used by another young contender for the high office who said that he was “old enough to know and young enough to do”. Appropriately the same can be said of Rishi and for this and many other reasons I will be supporting him.