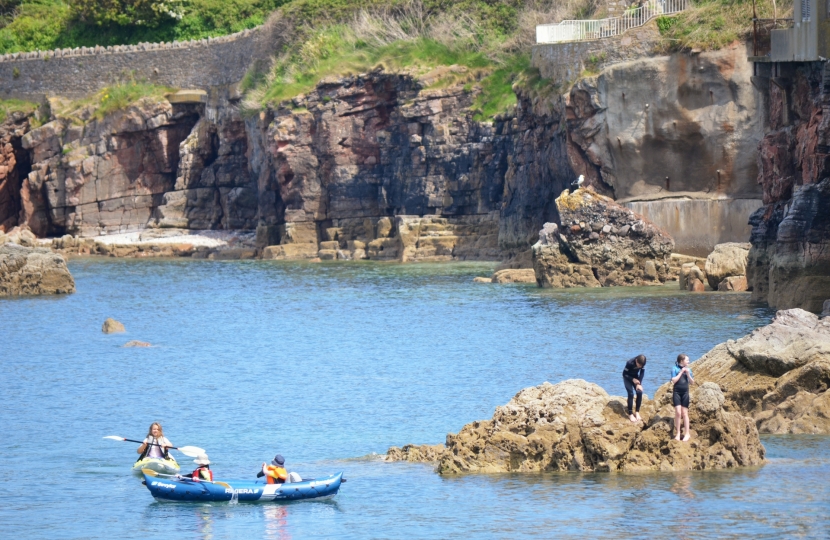 Two things you never want to see made are sausages and laws. Both are lengthy, tricky and unsightly processes. But while my knowledge of the former is limited, I am well versed in the latter. From a piece of legislation being introduced to Parliament, it undergoes many weeks of debate, scrutiny and amendment. From multiple readings in both the House of Commons and Lords to lengthy committee stage debates where the detail is delved into further, bills are nearly always amended. They are shaped by debates, by amendments and by outside organisations making the case to go further or to pull back.

The time it takes from introducing a bill all the way through to achieving Royal Assent can be lengthy. But sometimes, in unique circumstances, it can be quick. In the case of the Environment Bill, it has been more than two years in the making. It is legislation that can genuinely be called a ‘landmark bill’. There is no substantial law or bill that proceeds it, so it is unparalleled.

The Bill in its entirety seeks to improve air and water quality, protect biodiversity, enhance recycling and reduce plastic waste. If passed, it will create a new legal framework for environmental protection.

Most people are aware of the water elements of the Bill. The recent uproar around the sewage amendment has somewhat distorted the reality of the Bill and what is being done to address storm overflows and to hold water companies to account.

Firstly, no Conservative MP is in favour of raw sewage flowing into our seas and rivers. The disagreement over the Wellington Amendment, which was sound in principle but unrealistic in practice, was around the fact that our Victorian era water system needs to be updated and modernised. But had that amendment been included, it could well have passed on substantial costs to British taxpayers.

Instead, the Government worked with those of us who supported the Surfers Against Sewage campaign to find a solution that would hold water companies to account without making the consumer bear the brunt of the costs.

As a result, we now have pages and pages of new provisions within the Environment Bill to deal with sewage and storm overflows. So, what does the Bill actually do?

First, water companies will be held to account. The Environment Bill places a new direct legal duty on water companies to reduce the impact of discharges from storm overflows.

Second, it requires the Government to produce a comprehensive national plan to reduce sewage discharges.

Third, it sets out a national plan to eliminate storm overflows altogether in England. If the UK wishes to meet its biodiversity targets, then it must have a proper plan with implementable targets that actually address the issues we face.

Fourth, it creates a duty for water companies to publish near real-time information on sewage discharges. We know roughly which water companies have let sewage flow into our waterways, but the data remains patchy. Enhancing the data will help focus the attention on the size and scale of the problem.

These five steps should have been enacted twenty years ago. Unfortunately, the then Government decided not to tackle the problem. This Government is taking the steps to ensure that our waterways are protected and that water companies are held to account.

On top of these measures, a new Storm Overflow Taskforce has been created to ensure that all future steps taken to address this issue are costed and dealt with on both a local and national level. This taskforce will be complemented with a £3bn fund to invest in new infrastructure.

The Environment Bill has taken its time to get to this point. Watching the process, as I have, has been painful. A great many misconceptions have come about. But what we now have is a bill that helps stop storm overflows and sewage being thrown into our waterways and helps to enhance biodiversity across the country. A messy process it may be, but a necessary one that has produced a bill that will make an enormous difference to creating a greener, cleaner, safe environment.