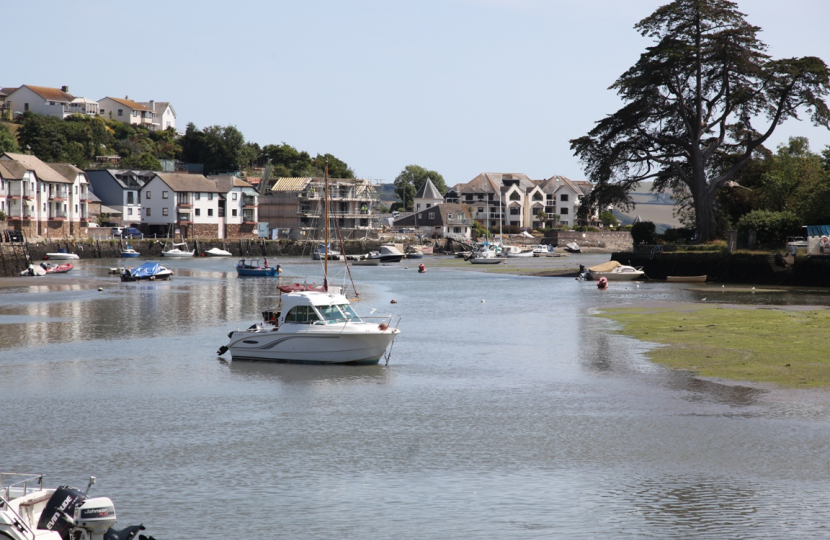 Readers will know how much time I spend working, speaking and writing on South Devon’s housing crisis. Calling it a ‘crisis’ is not one of those overstatements but a perfect reflection of the situation that exists in South Devon. Already South Devon has seen the fastest rise in house prices across the South West. Nationally, we are in the top ten for price rises.

As always, a balance can be struck. Late last year the campaign that I led with Devon MPs changed the laws around business rate eligibility on second homes. This change is likely to bolster the coffers of local councils across the country by hundreds of thousands. No longer will council tax be able to be so easily avoided.

This week, the Government has once again heard the call of Devon MPs and agreed that there should be an increase in council tax on second homes. In the Levelling Up and Regeneration Bill announced in the Queen’s speech, local authorities will be given the powers to “levy a premium of up to 100% on council tax bills for second homes that are furnished but not occupied as a sole or main residence.” This move will not only seek to address the reported 72,000 empty homes across the UK but also encourage second homeowners to look at the long-term rental market as opposed to the short-let market.

Progress is being made and readers might well ask what is next?

First, the increase in council tax from both these measures should be put towards building new affordable (genuinely affordable) housing and social housing. Councils are already able to do this and such a move would not only prove popular but would ensure that no community is eroded by a sudden increase in second homes.

Second, more attention needs to be paid to incentivising a long-term rental market. The rapid rise of Airbnb has resulted in fewer and fewer properties being made available for those living and working in South Devon on a long-term basis. As a result, schools, GP surgeries, MIUs, restaurants, hotels and any other businesses you can think of struggle to find staff because they in turn cannot find suitable accommodation. Changing the tax around buy-to-lets to encourage longer-term rental would be a return to the norm and one that would have an immediate benefit across South Devon.

Third, we must reintroduce the concept of covenants on properties. Readers are already familiar with the concept of agricultural ties but many are not aware that the same can be done with residential properties. New builds should only be built on the conditionality of “primary residency”. Our genuinely good Joint Local Plan would then help to improve the stock of housing available and go some way to meet the demand.

Two weeks ago, I met with members of the South Hams Society at their AGM. Their views echoed what I hear routinely when knocking on doors. There is a positive response to council tax changes, but also a sense of urgency that the Levelling Up and Regeneration Bill should not be a wasted opportunity. They are of course right. With the Bill set to come forward in the next few months, I will be using it as an opportunity to ensure that more affordable and social housing is built, that we strike the balance between primary and secondary residence, that we hold developers to account and that we listen to neighbourhood plans.

The necessary changes are happening, but they need to speed up.