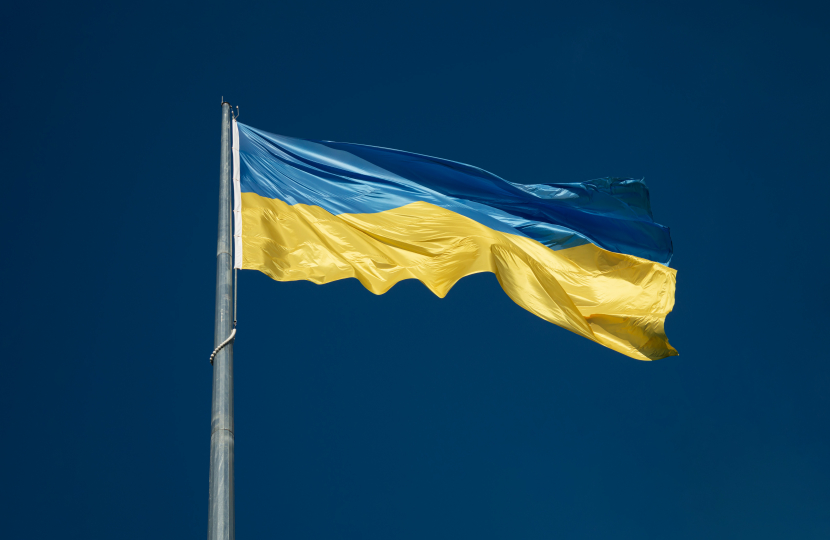 The bravery and valour of the Ukrainian people continues to inspire us all. Against all the odds, the Russians have been pushed back while losing thousands of troops, but they continue to commit atrocious acts that are highly likely to be war crimes.

The situation on the ground remains tense and the personal accounts of those who are there attest to this point. Perhaps most in focus in the UK has been the malaise of the visa system. As the invasion took place in Ukraine, thousands of families in the UK offered their homes and support to those victims of the war. But, the Home Office and the visa processing system were alarmingly slow to respond.

Many weeks on, the sense of frustration towards the visa system is rightly boiling over into outright anger, annoyance, and disappointment that in a time of need it has been neither flexible nor energised. Many colleagues expressed their frustration over the weekend past. However, while there is more to be done, it is worth considering a few points.

First, the UK is now processing just over 1,000 visas a day. As of 7th April, 40,900 visas had been issued. However, it is clear that it is taking too long and the Government is right to now focus on trying to complete every application received within 48 hours. This target, while ambitious, must be met.

In my own office, my team and I are working hard to support every visa application. However, we too are frustrated by the fact the Home Office is unable to provide regular updates on the status of applications. Given the sheer size and scale of the demand, this is understandable but it does mean those contacting my office are unable to be provided with the answers to their individual applications.

Second, the number of UK homes offering accommodation for those displaced by the conflict is estimated to be above 100,000. The generosity of the UK population has never been called into doubt but, it is likely that not all these offers will be taken up. Despite the number of visas issued, it is apparent that some applicants have decided to not come to the UK yet. It is right their visas are kept open and that they can use them should the situation deteriorate, but it is important to recognise that many are holding out for peace before having to become refugees and leave their home country.

Third, the Prime Minister’s visit to Kyiv not only highlighted the strength of the relationship between the UK and Ukraine but was accompanied by further commitments of humanitarian support and military assistance. We are playing an important role in this conflict while also helping to prevent the escalation of the conflict. However, our military and development assistance are being let down by the antiquated visa system that needs modernisation. So, what can be done?

The appointment of a Minister for Refugees is the right step, but he needs autonomy over this issue. Immigration needs either to be revamped within the Home Office or removed altogether. Splitting Government Departments is not something to be encouraged but it is clear that the Home Office’s reputation for destroying the careers of MPs and Civil Servants is telling of its inability to deliver meaningful change or results.

If a new immigration department or unit were established it might provide for better engagement with the Foreign Office, Ministry of Justice and the Department for Work Pensions. It could move at pace to link families together and provide the support networks that it is existence not through Government sites but social media pages.

There is evidence that the system is improving, but it needs to speed up and it needs to learn from this scenario to ensure it can be responsive and flexible in future crises.

This page has been designed to provide updated information, guidance and advice with regards to the situation in Ukraine.