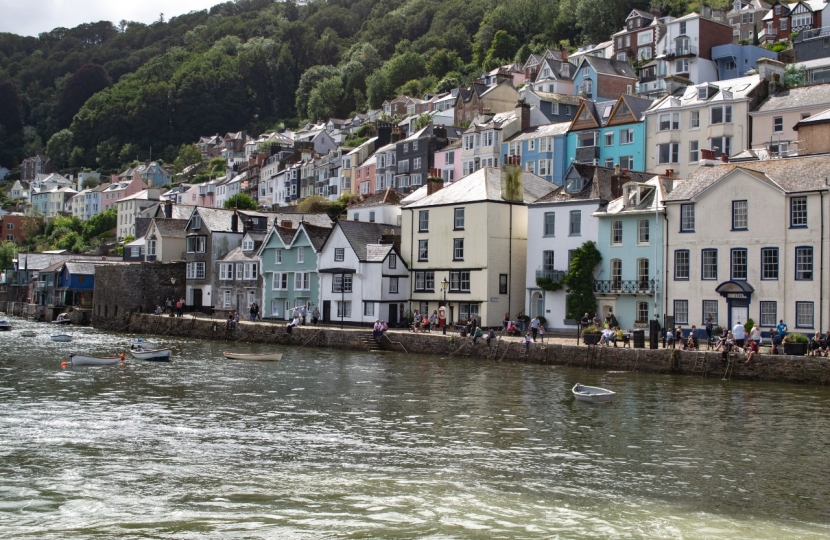 "Readers will have to forgive me for writing once again about planning reform. Last week the Isle of White MP, Bob Seely, submitted a backbench debate on the planning methodology and the Planning for the Future whitepaper. It was a turnout for the books, with a former Prime Minister and Foreign Secretary pitching up and putting in the boot.

From backbench to opposition frontbench, a remarkably united House rallied and called for a rethink over the housing numbers and the main proposals of the housing whitepaper. Every speech called for the government to listen carefully to the submissions of the two consultations and to reflect on the words of members from across the House. Of course, only time will tell how effective we all were.

Before the debate, I joined a group of residents (via zoom) to discuss the proposals and what impact they would have in South Devon. From environmental concerns, to the disenfranchisement of local groups it was one of those virtual meetings where hearts and minds were well aligned. It was a very good opportunity to formulate my remarks around the comments made by constituents.

However, such is the ‘new normal’ in Parliament that only fifty MPs can sit in the Chamber at any one time and only those who are on the call sheet are able to speak. At number 40 on the call list (out of 70) I was left temporarily heartbroken to find myself unable to speak as the debate finished at number thirty-nine.

Interventions were of course allowed, and I managed to sneak two in, the first, was about the importance of community empowerment and second about the need for an ‘infrastructure first’ approach.

On community empowerment I believe it should be a source of enormous pride about how the Government has encouraged local groups to create neighbourhood plans. These plans help input residents’ views around planning and development and most importantly they can create proposals that work in conjunction with infrastructure, green space and environment. The fact that across the Constituency of Totnes and South Devon we have many multiple plans should be a point of enormous pride.

So, any potential legislation that does not retain neighbourhood plans is a cause for concern. Every town council should be encouraging their residents to create them, every town and village should be formulating groups to discuss planning and development in their area. Why? Because numbers matter, the planning proposals must enfranchise residents and ensure their voice is heard loud and clearly over that of developers.

The second point about infrastructure was one that was made in our manifesto. Before we begin to build, we should ensure the correct infrastructure is in place to accommodate any new development. This can range from road infrastructure to schools and GPs surgeries. It is essential this is not lost under the steamroller of enthusiasm to get Britain building. If we build quickly on poor infrastructure foundations, we will heavily regret it in the future.

Local groups have been active and vocal on this matter and I remain available to discuss this issue further. But as things stand, I will not be voting with the government on its housing reforms. The housing numbers need to come down, they need to recognise South Hams District Council’s enormous success around the Joint Local Plan. The housing whitepaper (which is still open for consultation) needs to engage and bolster local community involvement, not reduce it. Added to which developers must be curtailed from effectively pushing their way through the planning process.

There will be more debates on this issue, and I am applying for a South West debate on the planning reforms. We have the opportunity to create housing legislation that considers what we really need, and I believe that we can, and will get there. But for now, it is maximum pressure and disruption tactics galore."

Covid-19 vaccinations rolling out in the South West

Vaccinations in the South West are now rolling out at a pace and I am grateful to all those dedicated professionals that are working hard to help deliver this vaccine programme and to end the national lockdown.