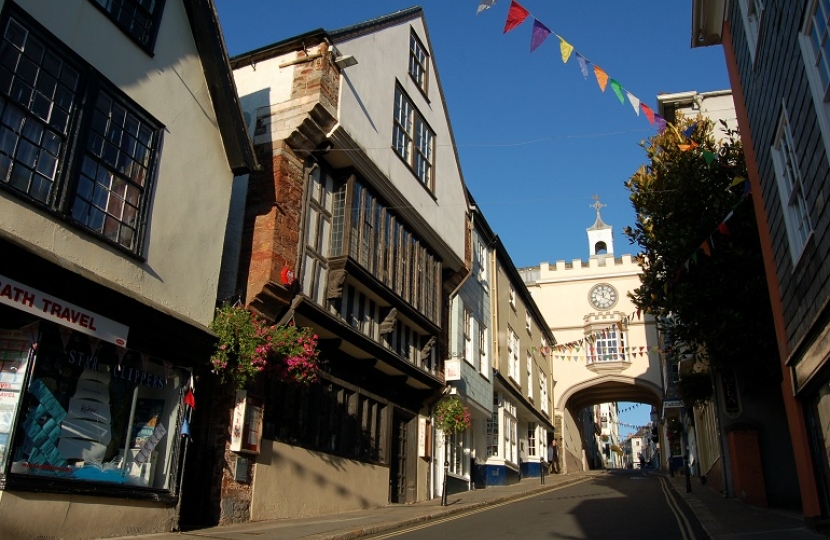 Highlighting the importance of local infrastructure is akin to commenting on the value of food to your life chances. Our lanes, bus routes, train lines and everything else in between have been just about managing for many years.

This year’s onslaught of visitors has tested them to the maximum. The thousands of visitors and second homers that have come to South Devon have undoubtedly contributed to our local economy and helped businesses bounce back, but they have also spotlighted the inadequacies within our infrastructure network.

Whether it is bus routes, drainage or road maintenance, there is a necessity to act now to prevent costs spiralling and our infrastructure worsening to the disadvantage of residents.

Take, for instance, the flash floods that hit Kingsbridge and Salcombe last week. It is a clear indication that existing drainage infrastructure does not just need to be maintained, but updated. Better still, would be to understand the limitations of our existing infrastructure and then to decide whether or not we should build in the vicinity of those areas that are simply unable to cope.

Thankfully steps are already underway to help try and improve mobility across South Devon. The move by Tally Ho! to create a new bus route from Totnes to Kingsbridge and Salcombe which aligns with GWR and CrossCountry trains is a step in the right direction. This cooperation between rail and road should not be unique but prevalent across the country. In an era in which public transport can play a significant role in reducing carbon emissions, this joined-up thinking can help us all to reduce our carbon emissions.

But it is not just about buses and trains, it is also about making sure the roads we do have are kept in working order. Without the space to widen many roads, the onus must be on maintaining those key routes to the very best of our ability. Already huge progress has been made around filling in potholes, although this never-ending task means that there will never be total satisfaction.

Consider the Slapton Line for instance. Not only is it a huge draw for visitors and residents and one of Britain’s most iconic beaches, but it also serves as a key route between Kingsbridge, Dartmouth and every community in between. It is an economic link that sees local businesses thrive and prevents thousands of cars from having to trundle through the back routes and even narrower Devon lanes. This route must be protected and while we cannot promise to indefinitely hold back the tide, we can extend the life chances of this road.

It was my predecessor who successfully and skilfully secured the funding to have the Slapton Line repaired in 2018 after a particular bruising storm. Each winter and spring I fear that once again we may lose this line. The only way to prevent such an occurrence is to look at the option of sea defences that can prolong the lifespan of the road, while preparations are made to improve alternative routes. Using a similar model to that of Beesands might be appropriate. Sunken rock armour that is netted to lock in the silt and earth would at least provide an improved form of resistance against future storms.

It is not a case of one part over the other, but a consideration of all. Underground infrastructure, bus routes and arterial roads all play an integral role in ensuring that residents can go about their daily business. If we want people to live and work in South Devon and for businesses to invest, then a strong infrastructure network is essential.

It may well be stating the obvious that local infrastructure is important, but it is more often than not overlooked. Taking the necessary steps now will save us all in the future.

Torbay Council will be holding its third community conference next month, this time focussing on climate change and how we can work together to help make Torbay Carbon Neutral by 2030.