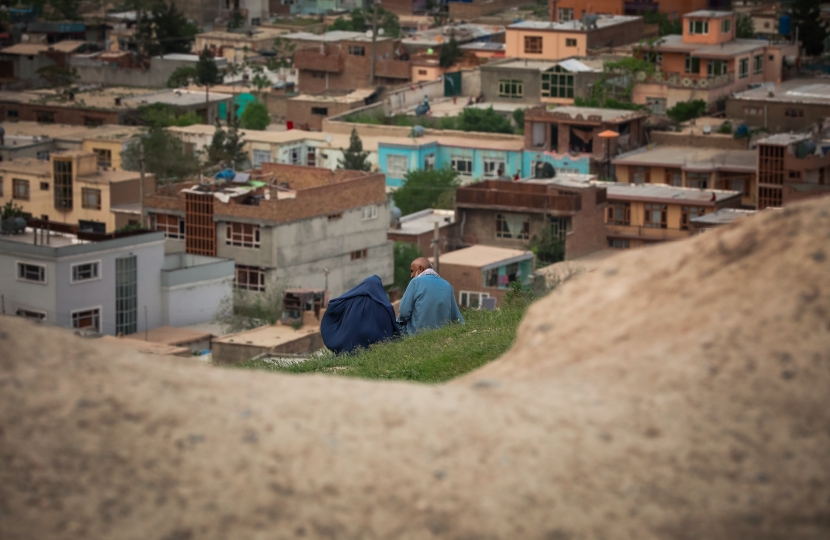 Afghanistan’s descent into chaos was, tragically, all too predictable. It not only has historic precedence in bringing the world’s superpowers to its knees, but some twenty years ago the common complaint about our involvement in Afghanistan was that we lacked an exit strategy.

Of course, that is not to say our actions were pointless. Our armed forces helped provide twenty years of relative stability. Our forces eradicated terrorist networks and supported hundreds of thousands of the world’s most impoverished people. Our action and engagement made a huge difference.

At the time of writing, the scenes of chaos at Kabul Airport have reached every television screen and newspaper front page. The hasty removal of US forces and, most importantly, infrastructure and assets, left the UK with little alternative but to follow suit. Our position would have been untenable without a US presence or an alternative global coalition.

Unfortunately, the US gave little prior warning that in a matter of months they would pull the plug on their operations in Afghanistan. The emphatic assurances of President Biden that the Afghan Government and National Army would be able to resist the advancements of the Taliban have been proven wrong in record time. The withdrawal has dealt a serious blow to the concept of Pax Americana and the international rules-based order.

But there are steps the UK can and should consider taking in response to this tragic outcome.

First, a new international coalition must be created to provide safe passage, funding and safe havens for the millions of refugees. Failure to provide now will create huge problems in the future. The Prime Minister is reportedly already engaging in conversations with NATO and the UN Secretary Generals. Such action is to be welcomed and if the UK is using its extensive diplomatic network to provide global leadership then so much the better.

Second, many Non-Governmental Organisations such as Halo, Save the Children, Care and War Child remain in operation in Afghanistan. These organisations must continue to be supported by the UK. Their involvement and action in the country may be the only form of support that can be provided to the Afghan people for quite some time.

Third, those that worked closely with western countries must be offered sanctuary. Thousands of Afghan interpreters, support staff and their families face persecution by the Taliban. They were never forced to support us so we must take responsibility for them in their time of need.

Fourth, we must reopen our embassy in Afghanistan when able to do so. Late last week the British Embassy was closed and staff evacuated. That was the right course of action, but when it is safer to do so we must look to reopen our embassy and provide diplomatic and consular assistance. Our diplomatic network remains one of the top-rated in the world because we have a presence in some of the most difficult countries and regions, and Afghanistan cannot be an exception.

For now, the situation in Afghanistan remains atop of the news agenda. It will only be a matter of time before the bulletins become less frequent. None of which should detract from the fact that the future of Afghanistan is bleak. Beyond Afghanistan itself, there is a very real problem in how the West now views foreign interventions. With Vietnam, Iraq and now Afghanistan telling a story of catastrophic mishandling, can we ever expect the West to intervene again?

Britain and the liberal democracies of the world are a force of good. You only need to consider our action in East Timor, Bosnia and Kosovo to see that we can intervene and succeed. We must continue to promote the rules-based order and act where necessary. Failure to do so will have consequences at home and abroad.