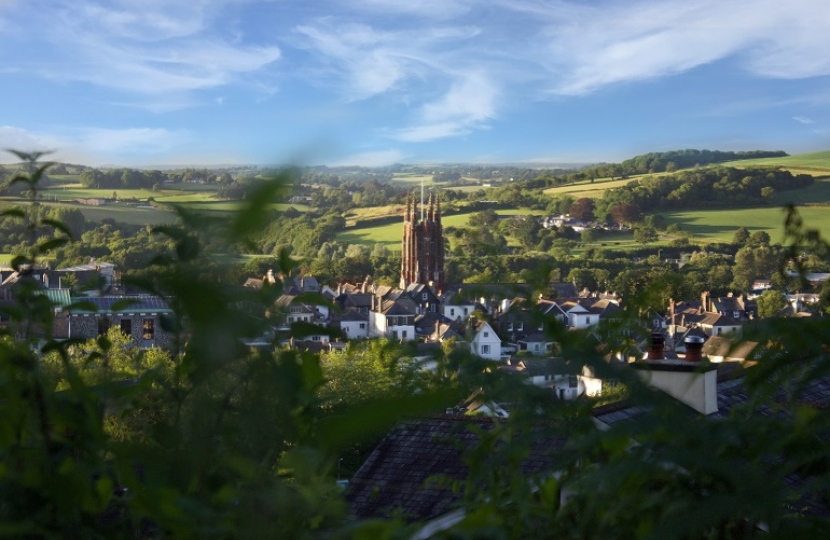 Planning has always been a political minefield. The Government has published a series of consultations and is now set to introduce legislation in the Autumn. The fine print remains a mystery and it will be impossible for anyone to accurately comment or criticise before its publication.

However, I can offer my views as to what should be included in the proposed legislation. While second homes are a huge issue, steps are already being taken and I will leave this to one side so that I can pay proper attention to the matter of planning reform and what we might like to see in South Devon.

First, neighbourhood plans must be enshrined in the new planning reforms. South Devon can boast of near 100% area coverage of neighbourhood plans. They offer a local voice on development matters. Each community has its say in what should be developed in their area, while also recognising the need to produce new housing. In theory, neighbourhood plans are the link between councils and residents, ensuring that their views are properly represented. Future legislation must look to maintain their position in the planning process or even go further and see them emboldened. Neither councils nor Whitehall will ever be able to tell local communities what works best in their local area. Maintaining these plans will ensure that the local perspective is given the proper and appropriate weight when it comes to developments.

Second, brownfield sites must come first. Across the country, barren brownfield sites lay idly by as developers choose the cheaper option of building on greenfield sites. This cannot be allowed to continue. Across South Devon, there are tens of acres of brownfield sites that would lend themselves appropriately to our development needs, including offering a healthy amount of affordable housing. If necessary, the Government should either enforce a ‘brownfield first policy’ or provide an incentivisation scheme for local developers to take advantage of these sites. The creep of the developers into our green spaces is neither welcome nor warranted when other previously developed sites are available.

Third, infrastructure must be in place before building begins. Across the region, developments are being approved where the necessary infrastructure is not present. Developers can promise that roads, water pipes and drainage etc will all be put in place as the development proceeds, but in reality these are often of poor quality, and in the case of roads, eventually handed over to the council with significant liabilities and costs. If a developer wants to build, infrastructure must come first. Safeguards could be put in place to protect the developers from a council or community that changes its mind once the infrastructure has been built.

Fourth, affordable home targets must not be watered down. Traditionally, every development site should be accompanied by a 30% affordable homes ambition. All too often, this target is steadily reduced until some sites are found with the percentage of affordable houses in single figures. In an area where second homes and holiday lets are rife, it is now more important than ever that this target is not just maintained but ringfenced and made non-negotiable.

South Hams District Council can boast of a strong local plan that is actively delivering houses and broadly in the right places! They have worked consciously and effectively to put a system in place that is meeting our housing targets and is the envy of many others across the council. Maintaining their autonomy, enfranchising residents, meeting our targets and improving our infrastructure must all be included in the forthcoming legislation and I will be arguing, debating and negotiating to that end when the time comes.

Learn how Anthony is working to ensure affordable housing is available for local people.