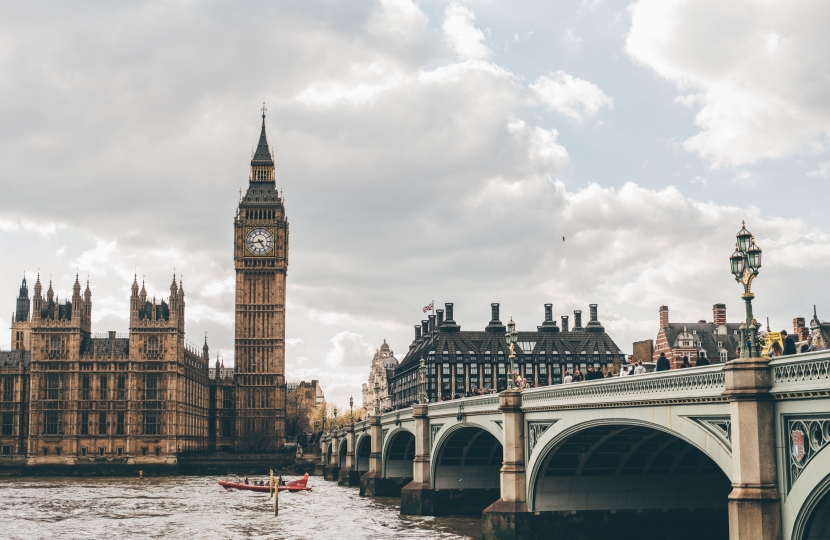 Churchill opted to rebuild with only a few minor alterations. He made the chamber smaller, reducing the seating to below the number of sitting MPs. As a result, the intensity of debates was heightened. Regardless of whether there were four hundred MPs in the chamber or four, the debate and discussion became more intense.

This face-to-face adversarial style is often criticised. It is seen as confrontational, argumentative and intimidating. While I appreciate that is how it may appear, appearances can be deceptive. The chamber of the House of Commons is often far more collegiate and consensus-based than initially appreciated.

Beyond the cameras, Westminster functions on consensus and cross-party cooperation. Despite Government majorities of past and present, bills and laws are always discussed, debated and amended together rather than on just a partisan basis. A good MP or Government Minister should always be willing to engage and listen to another MP’s views and experience. More often than not, it helps to improve the legislation and reduce the unforeseen consequences of shoddy legislation.

To lose two much loved and appreciated colleagues over the last two weeks, both of which embodied such an outlook, has reminded us all of the importance of having frank debates and conversations, but also working together. James Brokenshire and Sir David Amess were widely respected and appreciated across the House of Commons. In the tributes paid to these two great parliamentarians, MPs and Lords spoke of their respect for how David and James brought people together. They spoke of their ability to transcend party politics and to get things done. Perhaps most importantly, they spoke of the way in which they achieved things by working together and the fact that they were able to do so with kindness, humour and generosity.

David and James are an example to all current and future public representatives at every level. The tribalism of politics has its place, but so too does the need to work together. Yet those who enter the public eye are all too often battered and bruised by the level of animosity and abuse they receive. Whether online or face-to-face, I do not know a single elected representative who has not received some level of abuse.

Such prevalence should be a major cause for concern. It puts people off entering into the public sphere and it hampers the debate and discussion that is so necessary to help shape legislation and to ensure that legally sensible laws are passed. We are never all going to agree, but there has to be more appreciation in hearing the opposing opinions and views.

The Online Harms Bill will be brought forward this winter and I look forward to seeing its content. Our democracy has been battered and bruised through the ages. It has faced a myriad of different challenges and now faces the difficulty of responding to the 21st century technological age.

In the memory of David and James, we can and must respond to ensure our democracy and freedoms remain intact. For the last twenty years, it has become far too normalised to throw abuse and threats at those in the public eye. Such action is weakening our democracy.