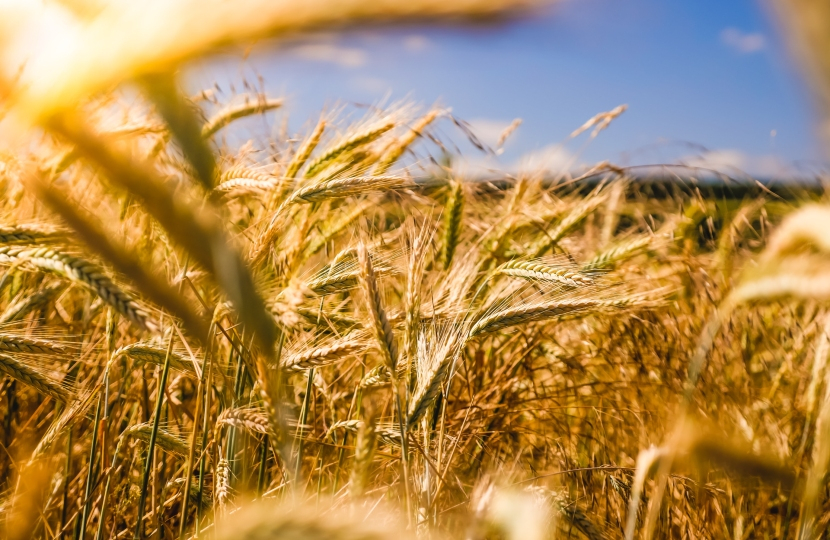 When the world’s third-biggest producer of grain invades the seventh then the consequences, while perhaps not immediate, are obvious. The price of food will rise. But it won’t just be food, the cost of fertiliser and other agricultural products are soaring and placing ever greater pressure on farmers and consumers across the world.

The UK is not alone in facing rising prices and uncertain supply chains. The price of bread and availability of grain will be a worry for those countries whose democracies are in their infancy and whose governments have managed to hold on to power with the promise of low food costs. The coming months are likely to be tough for us all but some steps can be taken.

Over the last two years, the Government has passed three major Acts of Parliament - the Environment Act, Fisheries Act and Agriculture Act. These three pieces of legislation complement each other in a whole host of ways which are to the benefit of producers, consumers and the environment. They represent a seismic shift in how we grow our food, fish in our waters and safeguard our environment.

These Acts will stand the test of time but given the situation in Ukraine, it is worth reopening the conversation around the UK’s food security levels. At the time of writing, we are roughly 61% self-sufficient in all foods and 75% in indigenous type food. These positive-sounding numbers don’t reflect that the UK’s self-sufficiency has been declining for the past thirty years. With the price of bread and costs facing farmers set to increase we need to consider what steps we can take now.

First, as discussed during a Westminster Hall Debate on the future of food and farming in Devon and Cornwall, we need to institute a national target for UK food security. Many of us lobbied and campaigned for the Secretary of State for Farming to report back to Parliament once every three years on the UK’s food security. This was adopted into the Agriculture Bill and this autumn we are set to see the first report. It is likely to be grim reading, so we should prepare ourselves for a substantial response that can shift the gears in terms of food production in the UK and set a new national target.

Second, biodiversity and the environment matter, but so too does having farms and farmers who are encouraged and rewarded for producing. Too much of the new replacement to the Common Agricultural Policy, the Environmental Land Management Scheme (ELMs) is focused on nature and biodiversity rather than food production. ELMs is aptly described as “public money for public good” but nowhere in that description will you find food security listed as a “public good”. This needs to be corrected and farmers need to be rewarded in tandem for looking after their land and for producing food.

Third, the Procurement Bill offers a new opportunity for us to ensure that we are using local farmers to support public-owned institutions. Our schools, hospitals and local government buildings should be incentivised to purchase not from a centralised body but local producers. Our butchers, bakers, fishmongers and greengrocers would not only welcome such a move but be incentivised to sell locally rather than chase large, all too often bullying supermarkets. This bill offers us the chance to improve an outdated purchasing model and ensure that our farmers and fishermen remain integral to parts of rural and coastal life.

I spend a significant amount of time in Westminster working on farming, fishing and food. Along with Devon MPs, we are pushing hard to ensure that the Department of Farming and Fishing pays attention to this global crisis and responds with the measures that will not just help our domestic producers but produce but provide our consumers with the stability and choice they deserve.