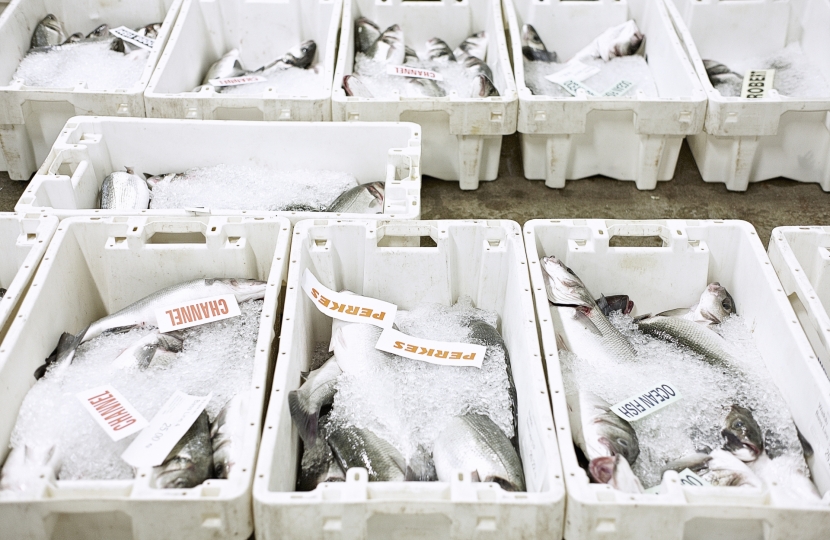 A negotiation that culminates in a deal is all too often viewed as the endpoint. Whereas in reality a deal is the starting point of a new relationship that is likely, and hopefully, set to steadily evolve and develop to the benefit of both sides.

Our new UK-EU trade deal is a good example of the desire from both sides to find an arrangement ensuring continuity in some area, delivering innovation in others and creating a whole new set of principles where necessary.

Here in South Devon and across the Bay, we are, or at least should be, acutely aware of the important role the fishing sector plays within our community. Last year, Brixham was once again recognised as England’s most valuable fishing port. No small feat. The work of the Brixham Trawler Agents (BTAs) and the famous Brixham Fish Market, as well as the inshore and distant fleets that use the harbour, have all contributed to our corner of the United Kingdom becoming nationally and internationally recognised as a centre for fishing excellence.

As the Member of Parliament for Brixham, I use every opportunity I can to raise the work of the fishing community and to explore ways in which I can help this sector grow and develop. I believe the possibility to do so is now greater than ever.

The deal did not deliver everything the fishing community expected and that of course is a difficult reality. But, after forty years inside of the Common Fisheries Policy (CFP) where our fleets diminished and our dependence on European markets increased it is surely best to take a long-term view on the deal?

The adjustment period of five and a half years, negotiated down from fourteen years, will see an increase in our fish quota by 25%, but most importantly at the end of the period, there is no limit as to what we can do with regards to our coastal waters and marine wealth other than that driven by science and conservation.

At the end of this arrangement period, the UK can remove all European vessels from the 6-12-mile limit. A point all too often overlooked. Additionally, the UK no longer has to accept the equal access rules of the CFP but instead now issues licenses to those vessels entering our waters and requires them to follow our rules and standards. Control of our waters was a central tenant of the negotiations and one that has been delivered.

Many had hoped that 1st January would see immediate and fast-paced changes. But instead, we have a solution that may be frustrating in some cases but has resulted in the UK being able to continue to sell its seafood into European markets and to create a breathing space that allows for us fishing industry to be built up.

The announcement of a £100m fisheries fund is aimed at supporting fleet growth, harbour investment and processing operations. Since Brixham plays such a significant role in the sector we should hope to receive a significant proportion of this fund. From my own proposals to create a new fishery school at Noss on Dart to the Brixham Harbour Authority’s and BTA’s desire to see the dockside increased we have a huge opportunity to not just expand our own local operations but to help the UK fulfil its fishing potential.

The UK-EU deal has avoided the catastrophic impact of a no-deal scenario and it has restored our sovereignty and enshrined this relationship under international law (as opposed to EU law). It delivers on many of the keys asks that industry sought, but not in the time frame they expected. We must, therefore, use this opportunity to build, develop and support our fishing sector and communities so as to restore them to their former glory and beyond.

Survey on the re-opening of Brent Station.

Anthony Mangnall MP, Cllr. Richard Hosking and Cllr. Peter Smerdon and South Brent Parish Council invite you to take part in their survey to gauge community support for the reopening of Brent Station.