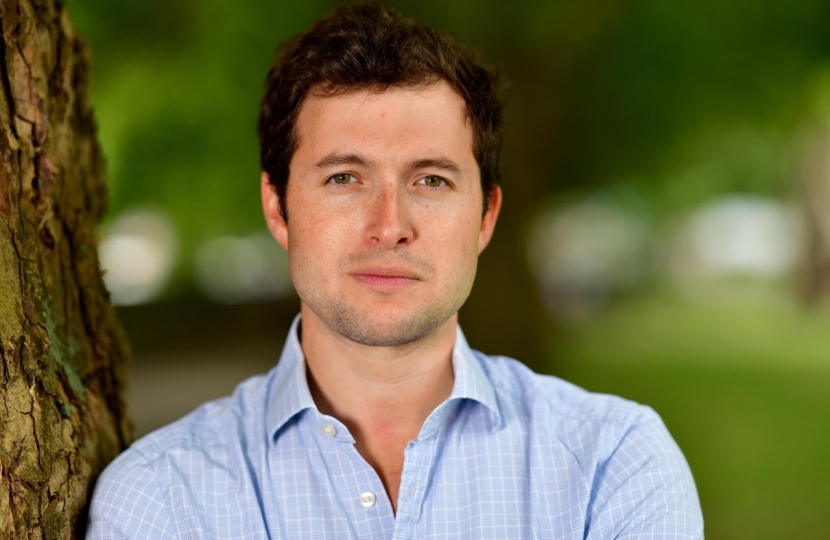 The South West is an undeniable champion of the tourism and hospitality sector. Every summer our coastal paths, beaches, pubs, restaurants, hotels and distilleries benefit from both domestic and international tourism. It is the perfect place for a ‘staycation’ as well as holding an international allure. It is because of this draw that South West’s economy was buoyed during the summer and able to face those tough winter months.

For those of us who have lived, worked and grown up in the South West, we value the tourism and hospitality sector, but we also hanker for more. The South West is a region of extraordinary talent, opportunity and potential growth. Yet decade after decade, its potential has been overlooked in favour of elsewhere. This oversight has stunted our growth, limited local jobs and, for many young people across our community, made the dream of homeownership an unrealistic and cruel joke.

This lack of action can go on no more and the solution, while expensive, is relatively simple. Tackling our woeful digital and transport infrastructure networks must be the first step to kicking starting our economy and creating a new era of investment and opportunity across the South West.

We are all too familiar with the sight of potholed and flooded roads, or congestion that makes the shortest of journeys feel eternal. Our antique rail network creaks under the pressure of ever-increasing extreme weather patterns, and yet remains astronomically expensive. As for digital infrastructure, it seems more often than not, it is spoken about in terms of mythical legend, often talked of, but never seen! In reality, the South West lags far behind the rest of the country in terms of digital connectivity and as a result, the very concept of working for home is risible.

Since being elected, many of us in Parliament have argued for dramatic investment into our infrastructure networks and of late the feeling is that these calls have not been made in vain. Last week our cry for improved infrastructure was echoed by the International Monetary Fund, who encouraged nations across the world to increase their spending on public infrastructure. Such improvements on road, rail and fibre optics would see our nation’s competitive edge dramatically improved, the levelling up agenda implemented, and every region of the UK enabled to play to its strengths.

Of course, it is easy to identify problems, the harder part is finding solutions. Fortunately, Gareth Davies MP, the Member of Parliament for Grantham and Stamford, has set out ambitious proposals to spur growth in all regions of our nation through a new British Development Bank. His recent paper, published with the think tank Onward, calls for a development bank to be created that holds a long-term strategy focusing on enhancing and developing infrastructure investment.

Such a concept is hardly new. In the early 1990s, after German unification, a development bank, the KfW, was set up to drive investment into East Germany. Since 1991, one in every ten euros invested in former East Germany originated from KfW, helping to narrow the infrastructure gap between East and West. On average, every £1 of Government investment spent by development banks unlocks £4 of private capital.

The encouragement of private and public funding ensures projects, businesses and regions can benefit from a long-term, ‘counter-cyclical’ investment so that, whether in economic prosperity or decline, funding and investment will be maintained.

Covid-19 has sent Government expenditure soaring and the economic implications are likely to be severe. However, focussing on building the UK’s infrastructure not only makes us a more attractive and competitive nation, but provides the growth that is so often touted in groups such as the Heart of the South West. A British Development Bank provides a new finance model, that has learnt from the failures of PFIs and benefited from the positive examples of the British Business Bank and the Commonwealth Development Corporation.

According to the analysts at McKinsey, the UK faces an £8bn infrastructure gap. This must be addressed. A lack of action to tackle this regional disparity and division will only allow it to widen further. Whether our economic recovery is ‘W-shaped’, ‘V-shaped’ or ‘U-shaped’ is anyone’s guess, but if we wish our recovery to be quicker and to have a meaningful and beneficial impact across every region of our country, driving investment and funding into our infrastructure networks is a necessity that can no longer wait.

This government has committed to a levelling up agenda. Now a mechanism to do so has been put forward. We should seize the moment to create such an organisation so we can provide the jobs, opportunity and regional growth that will benefit every generation and all of the United Kingdom.