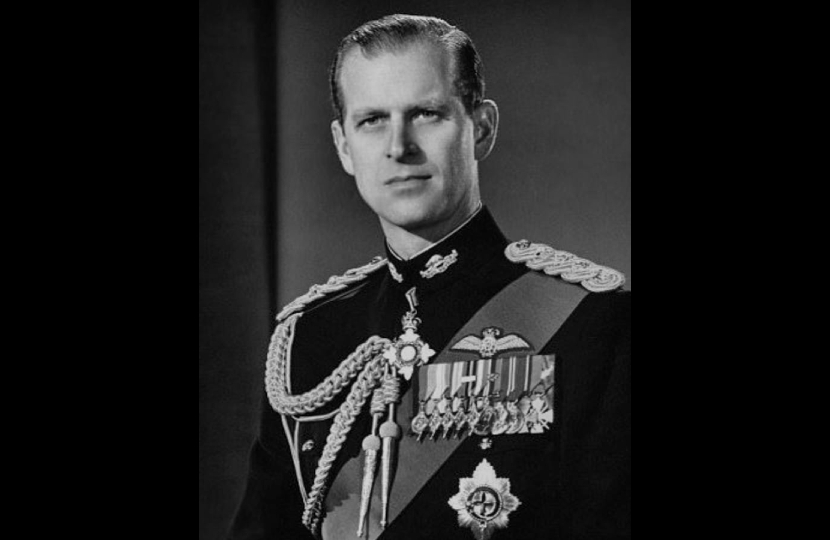 Mr Speaker, it is a privilege to pay tribute to and to commemorate the life of HRH Prince Philip, although I do so with some diffidence given the many moving and personal accounts that have been given of this truly remarkable man.

Unfortunately, I am unable to regale the House with a personal experience or passing encounter with the Duke.

But I am able to tell the House of the special and unique bond between the Duke of Edinburgh and Britannia Royal Naval College and the town of Dartmouth.

Britannia Royal Naval College - the epicentre of Royal Navy Office training - was the starting point of the Duke’s naval career.

As a cadet he passed through the College’s onerous training regime resulting in him being awarded the ‘King’s Dirk’ - ‘best cadet’ – a coveted achievement.

This was to be the first of many successes within the Royal Navy.

With the outbreak of war, like so many others of that generation, he stepped forward.

He saw service in the Indian Ocean, the Mediterranean and the Pacific.

He received a mention in dispatches and at the age of 21 was made one of the youngest First Lieutenants in the Navy.

His career, despite the horrors of war, was marked by continued success and promotion. He received no special attention other than the recognition of his talent and ability.

While Britannia Naval College readied the Duke for conflict and sacrifice it also prepared him for a life in peace.

It was at Dartmouth College in 1939 that the first significant meeting between the Duke of Edinburgh and the then Princess Elizabeth reportedly took place.

Seventy-three years of marriage speaks for itself.

In the post-war years, the Duke continued to visit Dartmouth and take the salute at the Passing Out Parades.

These visits were not only feted but appreciated by cadets and townsfolk alike.

So, it is particularly appropriate that today the First Sea Lord and the Captain and Cadets of the Naval College and Dartmouth Town will be marking their special bond with the Duke of Edinburgh.

He leaves an indelible mark on South Devon that will be commemorated today and celebrated in the years to come.

His was a life that was not just marked by his own achievements but by the impact that he had on others.

Beyond South Devon, the Duke of Edinburgh came to represent a symbol of energy and action.

The creation of the Duke of Edinburgh Awards inspired a generation to volunteer, to seek adventures and to embrace society.

His determination to create opportunity for young people and to advance worthwhile causes, not just through the Awards but through the 800 charities and organisations for which he played a part, saw him champion national and international issues.

And his decades of commitment to the Commonwealth helped to strengthen the ties between this special family of nations.

Throughout his life he exhibited the qualities of loyalty, duty and service that are together so unique and rare to be found in one person.

On behalf of the people of Dartmouth, Totnes, Kingsbridge, Brixham, Paignton, Salcombe and South Devon we send our deepest condolences to Her Majesty the Queen and to the Royal Family, and we express our thanks for the remarkable life and service of HRH the Duke of Edinburgh.