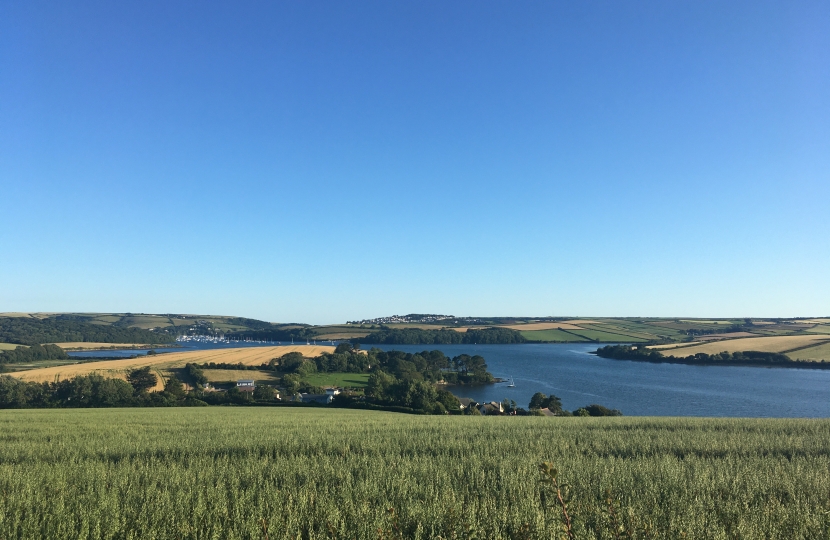 Last week I supported and took part in a debate on a bill that will have huge consequences for South Devon if included in the forthcoming Planning Reform Bill.

The Planning (Enforcement) Bill put forward by my colleague Dr Ben Spencer MP seeks to address the huge power of developers by holding them to account and ensuring that they can no longer ride roughshod over local communities, local authorities and residents when it comes to development.

Each week I meet and speak with people across South Devon who find themselves at the mercy of unscrupulous developers. In one instance, a local resident has found over one hundred faults in her brand-new house. The developer is dragging their feet to fix or even address these faults. In another, an enforcement order has been issued by the local authority but the developer continues to develop. These examples are two of many. I, like so many, grow more and more angry, frustrated and disappointed at how so many developers can behave in such a manner.

It is striking that in the last three years, in the South Hams alone, there have been more than 1,600 planning breaches. The wanton disregard for the planning rules that are in place not only shows the level of contempt that developers hold towards local communities, but also demonstrates the need to update and strengthen the existing planning measures so we can hold developers more to account.

This recently debated bill seeks in the first instance to create a nationwide database that will document all planning breaches by developers. Such a database will not be relevant to only one locality, but will be accessible across the country by all local authorities. A planning breach in one area will stop dead developments elsewhere.

Second, it ends the farcical nature where enforcement orders are issued then breached as the developer continues to develop. Under the provisions of this bill, developers will have to cease ALL activity on the site until the planning breach or breaches have been addressed.

Third, developers will be fined for either failing to declare previous planning breaches or by ignoring enforcement rules. Of course, the levels of fines are often factored into the development cost of a given site. The level at which we might set the fine is still being debated, but it should be at a level that will have a punitive and costly impact on those who choose to ignore the rules.

Colleagues from across the country took part in this debate, all of whom agreed about the need to go further to address this issue. Although, as noted in my speech, it was remarkable that after all the noise made by the Liberal Democrat’s over planning, not a single one attended this debate nor took the opportunity to take part in the discussion of how we can further protect our green spaces.

The Planning Reform Bill is set to come before Parliament shortly. It is right that Michael Gove has been consulting with backbench MPs, such as myself, to ensure that the new system is fit for purpose in places like South Devon. It is already likely that communities will be given stronger weight through ‘street votes’ and heightened neighbourhood plans. Local designs will take precedent, and thankfully that ridiculous housing target of 300,000 has been confined to history.

Planning matters in South Devon. If we want to provide a better long term rental market for residents and help people get onto the housing ladder, then we have to introduce reforms that will improve the system. If we can ensure genuinely affordable homes are built (based on local wages), encouraging and incentivising using brownfield sites first, coupled with locations with strong infrastructure and available jobs, then we might well have a system that others will envy.

Learn how Anthony is working to ensure affordable housing is available for local people.