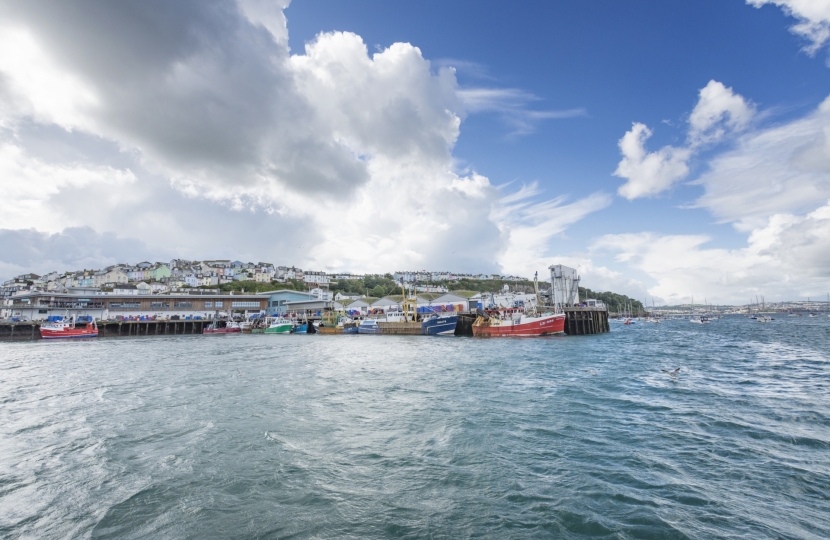 "October has seen the return of Westminster Hall debates. As a backbencher, you are somewhat restricted by the amount of time you can get in the Chamber of the House of Commons, and COVID-19 restrictions have not helped matters. But Westminster Hall is an arena in which MPs can submit debates on a whole range of different issues. Local or national, it is a chance to hone your skills and raise important issues at which a Government minister must respond.

This week I had the privilege of debating the future of the RNLI and Independent lifeboats and the impact of the COVID-19 outbreak. The purpose of the debate was to raise awareness in parliament around the vital work done by this non-government-funded emergency service, to recognise the challenges faced and to see what steps we as parliamentarians can take to assist during this difficult time.

MPs representing coastal communities joined in the debate and heaped praise on their local RNLI and independent lifeboat stations. One colleague told the house that her predecessor in 1824 bought the first lifeboat for his local station, something that she might well regret admitting!

Across the UK our thousands of miles of coastline are protected by an interactive network of lifesaving lifeboat stations. The RNLI has 238 stations and there are over 60 independent lifeboat stations. These crews are all supported by organisations such as the Coast Guard and the National Coast Watch Institution. Together they cooperate to ensure that coastal communities and visitors are always protected.

It is remarkable to consider that these organisations over the last two hundred years have saved over 143,000 lives. It is perhaps more awe-inspiring to know that this emergency service is operated without government funding and by the generosity and dedication of heroic volunteers.

That independent funding model is not something that representatives of the RNLI or Independent lifeboats wish to see changed. In fact, the current model offers flexibility, independence and the ability to avoid political interference.

But there are steps that government and politicians can take to help. Just as COVID-19 has impacted businesses and individuals alike, so too has it left its mark on our lifeboats. From reduced fundraising opportunities, incurring the cost of PPE and delaying equipment upgrades and building developments the future looks challenging.

The RNLI should be included more regularly in announcements made to the four paid emergency services. Ensuring ahead of time information is supplied to lifeboat crews, therefore protecting them and those who visit our coastline. The Government can do more on this front and the Minister responded in kind to say that lessons had been learnt and that the appropriate measures will be taken.

Finally, the Government in 2014 launched a rescue boat grant fund. This five year, £5m scheme was a huge benefit to independent lifeboats across the country. It finished in 2019. However, MP after MP called for its extension the desire to see it extended is significant. A lobbying campaign is already underway.

I, like many, am in awe of those heroic men and women who brave the harshest of elements to save those in peril. The very fact that they are volunteers makes it even more extraordinary. Our lifeboats need our commitment, applause and above all, our support."

Covid-19 vaccinations rolling out in the South West

Vaccinations in the South West are now rolling out at a pace and I am grateful to all those dedicated professionals that are working hard to help deliver this vaccine programme and to end the national lockdown.