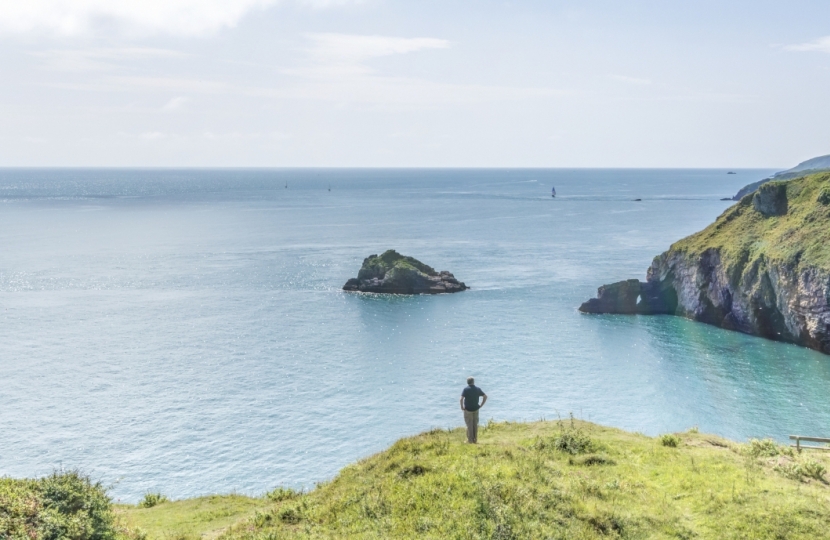 As the Member of Parliament for Totnes and South Devon, I am confident that when I describe the constituency I represent to colleagues as ‘the most beautiful corner of the United Kingdom’, I am neither embellishing nor being inaccurate. South Devon’s meandering coastline, stunning moorlands and intricate valleys and vistas are a privilege to live amongst and a draw to thousands of visitors each year.

Such a unique and precious environment must be protected. Ensuring that our green spaces, woodlands, rich biodiversity and coastal paths, rivers and waterways are passed on in better order is a necessity that is not up for debate or discussion.

However, perhaps the most immediate and pernicious threat to our local environment is that of the property developer. Over the course of the last two years, I have gone into battle on many occasions against developers who seem set on tearing up our green fields and installing poorly designed houses that fail to match the local designs. Their proposals ride roughshod over the local community’s views and neighbourhood plans, and disregard the need for proper infrastructure to be in place before building and for local jobs to be available.

In short, their behaviour and actions fall far below the mark. Profit and greed are being put ahead of design, structural integrity, environment and simply delivering housing that we would all like to own.

Since being elected in 2019 I have dedicated countless pages in local newspapers to tackling poor development and developers, as well as lobbying and debating in Westminster ahead of this year’s Planning Bill. In the early days of 2020, I and a number of colleagues dispatched the nonsensical arbitrary requirement for 300,000 new homes to be built across the country, including 15,000 here in South Devon.

This early victory has only buoyed our hopes that we can truly reform the planning system to achieve a more balanced system that really delivers on the basis of local needs. So ahead of the Planning Bill being published, I hope to see the following elements included.

First, a priority to always build on brownfield sites first. Unfortunately, green fields are seen as the easier and cheaper option over previously developed sites (brownfields). This is unnecessarily depleting green, biodiverse areas and gobbling up our countryside. Incentivisation either through planning permission timings or through taxation would help spur action in this area.

Third, developers who ignore enforcement orders and build without permission must be held to account. In South Devon, there have been some 1,500 planning breaches over the last 3 years. Developers are not bothered by the arbitrary fines. This must change. Hiking the fines, ceasing development until resolution and creating a nationwide database of those companies and individuals who have broken the rules are all necessities. As a co-sponsor of the Planning (Enforcement) Bill late last year, I am hoping to see these points included in this year’s bill.

Not all developers behave badly. However, the broad consensus is that the parameters of planning permission are titled far too much in favour of those who develop rather than those who buy. We can build the houses we need for the future, while also protecting our countryside. However, to do so requires us to face up to developers and to listen to the wants of our local communities. I have never believed that those in Westminster or Whitehall know better than local communities in South Devon. So, this new bill provides our chance to get it right and to ensure that issues such as affordability, environmental, infrastructure are all considered.

Listen to Anthony's appearance on a podcast discussing the Comprehensive and Progressive Agreement on Trans-Pacific Partnership.