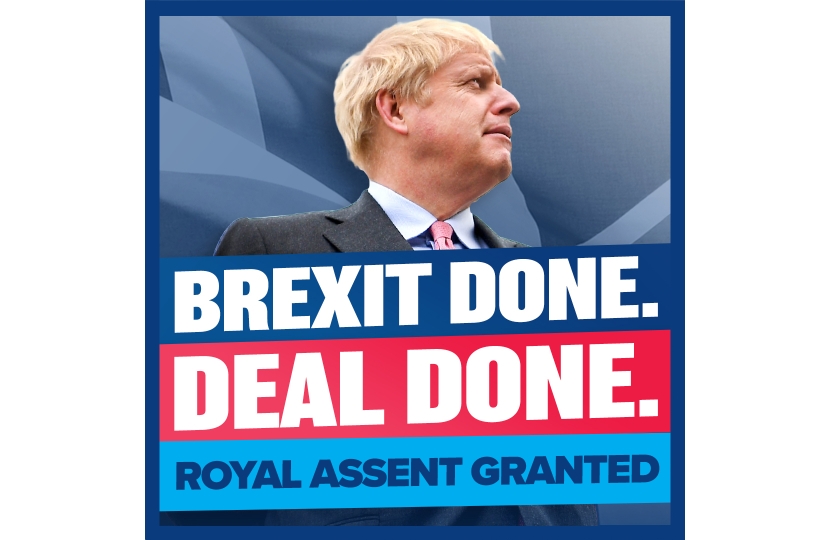 Parliament was recalled last week to debate and vote on the UK-EU trade deal which was agreed on 24 December.

The European Union (Future Relationship) Act 2020 was voted through and has received Royal Assent, meaning that in less than a year the UK has secured the deal that was thought impossible.

This agreement sees the UK out of:

- The Customs Union
- The Single Market
- The European Court of Justice

The deal delivers on the government's promises to:

Speaking after the vote, Anthony said "With over 62 trade deals now agreed, the UK is demonstrating that we are an outward looking, truly global nation. Of course, fishing is hugely important to me and to South Devon and now that we have left the Common Fisheries Policy (CFP) I look forward to helping build our fishing fleets, ports and encouraging a new generation into the fishing sector.

For starters I am pushing for a new fishing school to be created in South Devon and to expand the the harbour of Brixham to be able to cope with an increase in catch.

Boris Johnson shares my passion for the fishing industry and I am pleased with his response when I congratulated him and the whole negotiating team on what they have achieved. Read the full debate here."